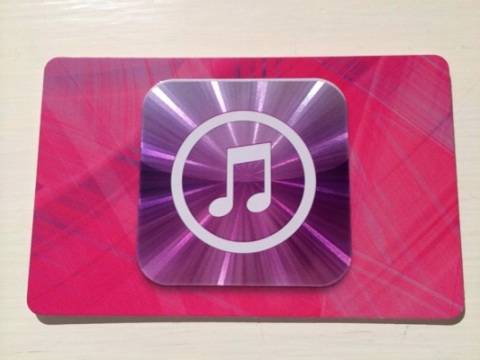 iTunes gift cards are one of the most popular gifts each holiday season. They are a great way to buy music, TV shows, movies, and apps. If you just got one there is a quick and easy way to redeem your value so you can start enjoying all the iTunes Store has to offer.

1. Scratch off the label on the back of the gift card
2. Open the iTunes app on your iPhone, iPad, or iPod Touch
3. Hit ‘Redeem iTunes Gift Cards’
4. Sign into the iTunes Store using your Apple ID password
5. Choose ‘Use Camera’ (You can also choose ‘You can also enter your code manually’)
6. Make sure your code is visible to the camera
7. The balance of the gift card should be available to you immediately
8. PROFIT!!!

Of course you can still redeem your gift card the old fashioned way, via iTunes on your Mac or PC. Whichever way you decide, let us know what you will be purchasing from iTunes in the comments and on Twitter! END_OF_DOCUMENT_TOKEN_TO_BE_REPLACED

Five Must Have Apps for Your iPad Air/Retina iPad Mini The iPad Air and Retina iPad mini are incredible devices. The 64-bit A7 processor in each is more than capable or running the absolute best mobile apps on the market today. But with over 1 million iOS apps to choose from it’s  hard to know where to start. Here is a list of five must have apps every iPad owner should download:

Flipboard is the best, most beautiful personal news aggregator for the iPad. Once you create an account you simply choose what type of news stories you want to read about. For example, I have chosen Sports, Travel, Technology, and Business with many more options available. You can even link your social networking accounts and view all your feeds and photos in Flipboard’s beautiful magazine like layout. There are also some new features like saving items to your own personalized ‘magazine’ for viewing later. You can easily spend hours within Flipboard and never be bored.

While the iPad has come a long way in terms of content creation, its strongpoint is still content consumption, i.e. watching videos. If you have a Netflix subscription (and really, who doesn’t these days?) make sure to download the free iOS app. The app basically turns your iPad into a television anywhere you have an internet connection. This is great when you are on vacation, but I find myself

END_OF_DOCUMENT_TOKEN_TO_BE_REPLACED 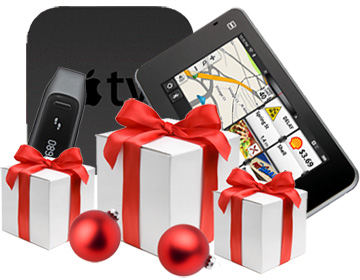 It’s not easy being a geek. Every year we salivate over the latest technology and we  want to have it all. But unless you rob a bank or take a second mortgage out on your home it’s just not possible. We have to pick and choose what we want the most. Here’s a list of some of the best products out there and how you can get the best deals this holiday season.

By now we all have HD televisions. Many of us don’t want to shell out hundreds of dollars a month on cable bills. That’s where Roku, Apple TV, and Chromecast come in. All of these products allow users to watch a wide array of programming on their TVs. The Roku and Apple TV are very similar as you plug a HDMI chord into them and connect them to your television. Chromecast works a little differently. It’s basically an HDMI dongle that you plug into your TV that allows you to stream content from your smartphone or tablet.

So which one should you buy? If we’re going by price the Chromecast is the clear cut winner at only $35. If you’re lucky you can find a retailer or two that is offering it for $30 this holiday season. The Roku is the option with the most content to offer. You can get hundreds of channels and even play games like Angry Birds if you are so inclined. You can get the Roku 3 for $99 or if you don’t mind last year’s model the Roku 2 can be had for $79.99. Last but not least is the Apple TV. If you are tied into the Apple ecosystem in any way look no further. Being able to Airplay your iPhone or iPad’s screen straight to your TV is fantastic. Apple TV is also $99 but I recommend picking up an Apple certified refurbished model for $75. It comes with the same 1 year warranty and you save 24% to boot. END_OF_DOCUMENT_TOKEN_TO_BE_REPLACED 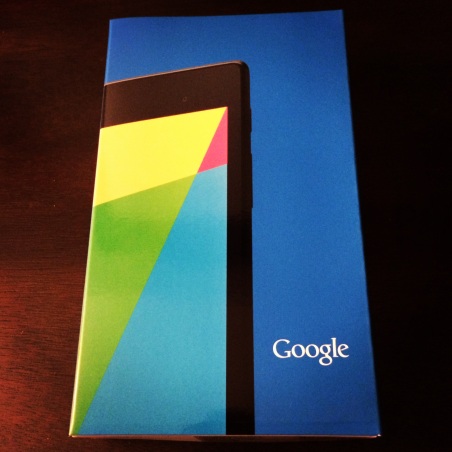 Last year Google, with some help from Asus, released its first generation Nexus 7 tablet. It was an inexpensive ($199) way to get into the Android eco-system. Quickly it became the most popular tablet not named iPad. It was small and portable, fitting in most pockets, while still packing a punch with a quad core processing chip. A big selling point of the Nexus brand of devices is that they are the first to receive Android software updates. The Nexus 7 (2012) was indeed the first device to ship with Android 4.1. It was a solid device which received much acclaim, but some improvements were needed to its 2013 offering in order to become a more well rounded tablet. 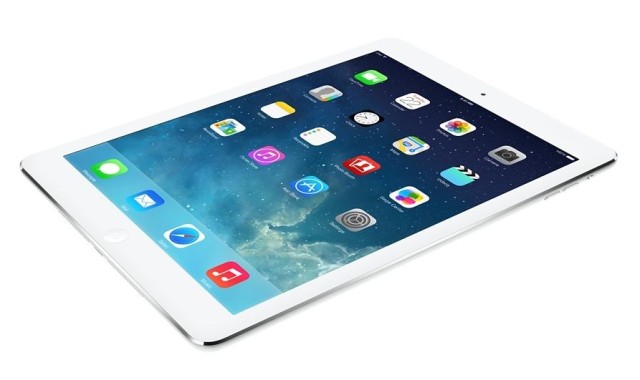 Originally released in 2010, Apple’s full sized 9.7″ iPad has largely looked the same for the past 2.5 years. It actually got ever so slightly heavier and thicker in 2012 when the first iPad with Retina display came along. Couple that with an impending iPad Mini with Retina display and many wondered if the iPad would remain a must have tablet. Luckily for us, Apple raised the bar again and announced the iPad Air at their event last month.

I’ve had the iPad Air for almost a week now and here are my impressions: END_OF_DOCUMENT_TOKEN_TO_BE_REPLACED 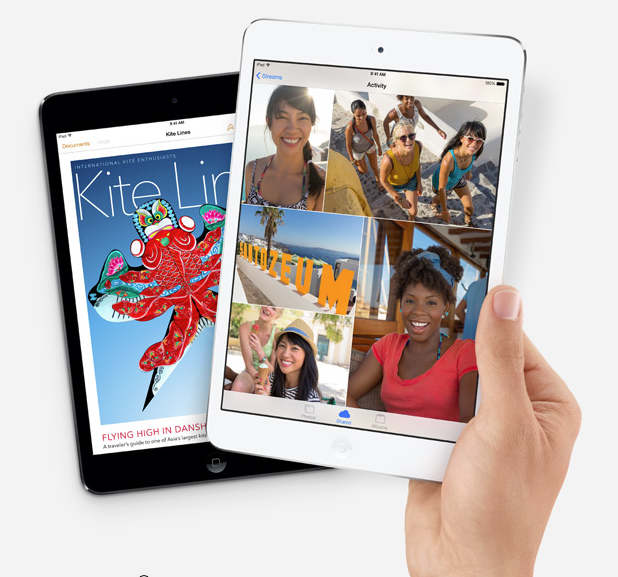 Like everyone else, I was surprised to find Apple had put their iPad mini with Retina display on sale via their website when I awoke Tuesday morning. Reviews had yet to hit the web and the smart money had pegged a likely November 22nd launch. I had a 3rd generation iPad (iPad 3) that I was generally happy with but at the last minute I received an offer I couldn’t refuse. For a very small out of pocket price I could pick up Apple’s new iPad mini. I found a store in my area that had the model I wanted (16GB Space Gray) and never looked back.

If you want an iPad mini today, your only option is to order it online and choose personal pickup. Otherwise you are left to wait the 1-3 or 5-10 days until the configuration you desire is ready to ship.

Here are some observations from my first 24 hours with the iPad mini with Retina display: END_OF_DOCUMENT_TOKEN_TO_BE_REPLACED 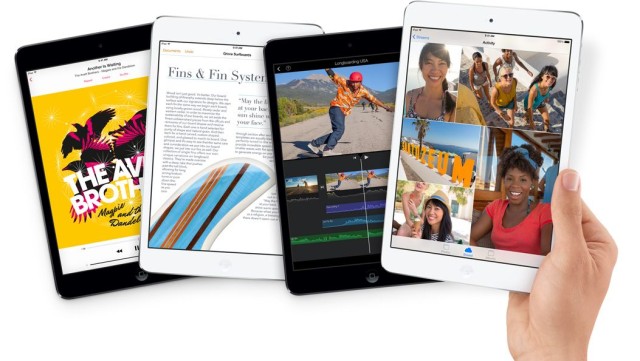 In an unexpected move, Apple announced overnight that the iPad Mini with Retina display would go on sale starting today. Supplies are said to be constrained, and as of this moment if you want to get one via an Apple store you must order online and choose the personal pickup option. Shipping times range from 1-3 days for the lower storage Wi-Fi models to 5-10 days for the larger storage and cellular models. I’m sure the internet will be flooded with reviews over the coming days, but will you be purchasing the iPad Mini with Retina display this holiday season? Let us know in the comments or on Twitter!